from the ground UP: entrevista a fernandoprats, revolution 360 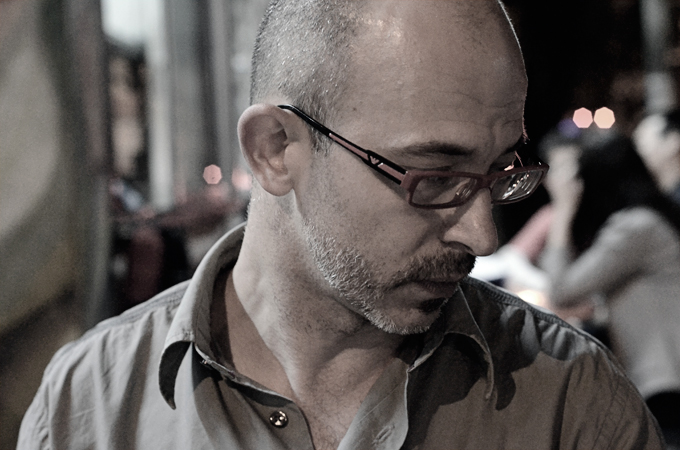 Fernando Prats is a renown photographer, artist, graphic designer and writer. He has extensive experience related to literature and research from photography, poetry, design, music, video and other disciplines. Born in Buenos Aires, he now resides in Barcelona. He is the Creative Director of Estudi Prats, and a contemporary culture magazine called YSE.

His achievements are long and impressive with numerous published poetry books and short stories. He has won numerous awards and held various photographic exhibitions around the world. His photography is a reflection of his surroundings and environment. Prats work unveils the heart of darkness through his hazardous journeys as he conquers new spaces, going beyond any limit.

In 2011 Prats published a photographic book titled “Immadencity”, an intimate view of his native Buenos Aires and its urban structures. He has received several awards and recognition for his photographic work, including competitions such as the III Edition of the Photographic Contest by Enjoy magazine (2011), with his photo Dou ble you, Perspectivas 3 (2010), (Obras, media specialized in information architecture, interior design, and construction of Group Expansion), with his series Arquitecturanimal, and the first photography contest of Lulu.com and Foto DNG (2009), with his book Formas y formas.

In 2012, his iphoneographies have been published by the prestigious iPhoneography.com, Life in LoFi and iphoneographyCentral. He has been selected iPhoneArtist of the day by iPhoneArt.com and was part of the recent exhibitions MINA (Mobile Visual Arts Showcase) @ Fringe Festival 2012 (Wellington, New Zealand), Depixtions (Orlando, USA), IX Colourgenics (Toronto, Canada) and most recently Ubiquography in Barcelona.

R – Your images generally depict the bones of living in large urban cities. They tell us about their environment, the shapes and forms that make up their personality. What is it about architecture that attracts your visual attention?
I am mainly attracted by the treatment of the shapes, the figures, the ubiquitous subtleties in the metropolis, whether they are works of authorship or insignificant and unnoticed presences, as a possible starting point to subvert and create new landscapes, abstract or not, around a particular concept. In that process I am especially focused on the composition of my images, the urban geometry provides endless opportunities if seen from a strictly aesthetic point of view. This multiplicity of the real may well manifest itself in the ultra-angular framing or in practically unintelligible detail close-ups. The subject of the study is incidental to this search, maybe that’s why I try to play with subjectification of objects and vice-versa. 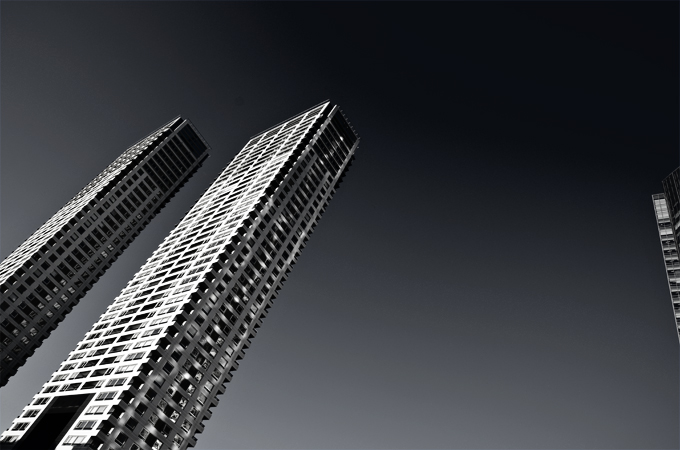 R – In 2011 you took a series of photographs in Buenos Aires, your native home. The title of your work was ‘Immadencity’, it is a collection of photographs that transport the viewer on a journey that most people don’t often see. How would your describe the personality of Buenos Aires?
“Immadencity” is a compressed neologism of “immanence”, “density” and “city”. Buenos Aires is particularly a city with an overwhelming personality. How to describe that? I do not know. “Immadencity” aims to show edges avoiding a simplistic cartoon, and is simply an interpretation in which the beautiful and sordid can be melted into hysterical hugs, a city of cities portrayed without subjects, in which one can trace the eclecticism and desolation as they leave their mark between chaos and poetry. 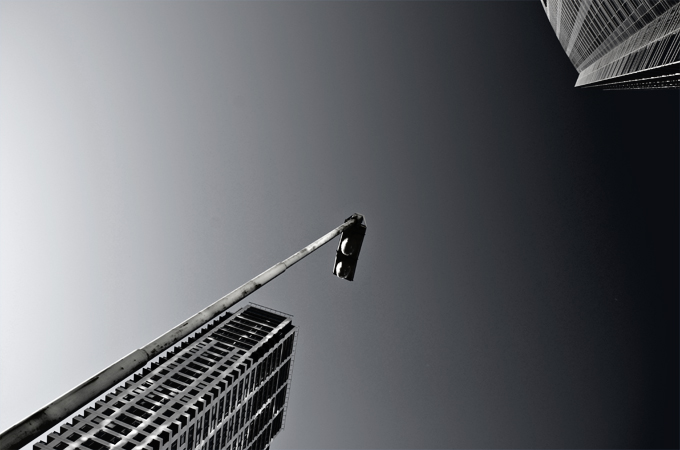 R – You now reside in the über cool avant-garde Barcelona, a city filled with iconic artists and renown architects. What’s your perspective on this Gothic city?
Twelve years ago I arrived in Europe for the first time, a week in Rome would become a month-and-a-half initiation journey based in Paris, and a self-imposed trip back to Barcelona. Literally with pockets full of dreams and no budget at all, I decided to move here as soon as possible and to solve whatever was necessary to be able to stay. It took me two years to achieve that. I feel a huge empathy with the idiosyncrasies of this city, its size, design, the management of public spaces and its multicultural offer. Here I can enjoy Gaudi, Miro, Tàpies, Picasso and Brossa in-situ, wander among Nouvel, Herzog & de Meuron or Domènech i Montaner, and walk aimlessly while switching from Gothic or Art Nouveau to the contemporary style. Its strategic geographical location, the proximity of the sea and mountains, and the climate are remarkable, Barcelona is a city full of tiny precious things that I personally appreciate. (I think I might ask the city council for a commission(!) 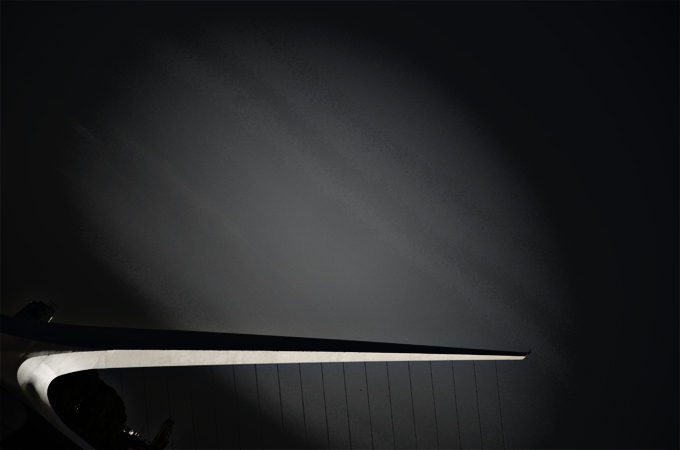 R – What is your current state of mind of where photography is today?
The advent of smartphones and tablets with better and better cameras has democratized and put a question mark to a state of things that had been comfortable for some time, lounging on the leather sofa of established paradigms. The same old debate goes forever, these same antinomies once raised when black and white photography was facing color, or with the obsolescence of analog reel to digital memories, are now being put on the table as if it were something new: is any way of obtaining something, say, photography, truer than any other art expression? The conservative and reductionist paradigm seems to state that a hyper-apped snapshot with one-click instant filters published in Instagram is not as valid as another captured by a latest generation DSLR. Is it about equipment? Is it about technique? Or is it, in some cases, about a concept? Social networks have already altered the so-called know-how by placing it on the bench of the clichés of some common sense. Anyone can post and say anything about anything and that’s fine, but how can the indiscriminate access to information be arranged hierarchically?

Personally, I want to create provocative works that incite the imagination and thinking, whether it’s with images or anything else. I am not moved at all by a proper HDR landscape photography or a filtered express snapshot of a ristretto. Cameras and devices don’t make better or worse pictures, they are only tools.

But you know, the history of mentalities is the (hi)story of slowness. And we’re in a time of transition, too close to get some distance and too far away to notice the profound implications of a cognitive gap. Just today I’ve discussed some points of view about it on Flickr, Facebook and iPhoneArt platforms. 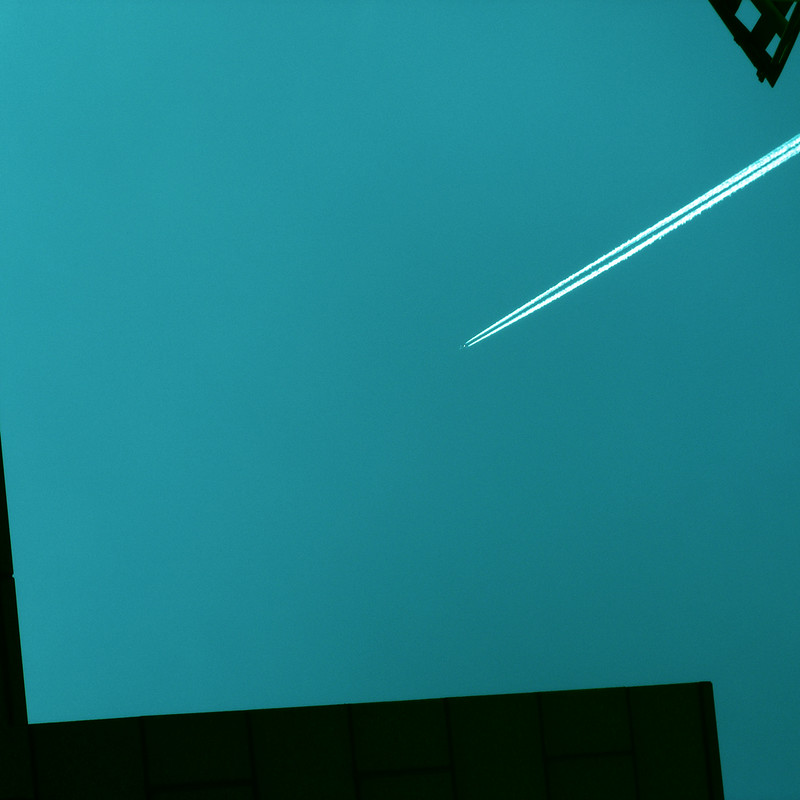 R – What are the biggest lessons you’ve learned so far in your photographic career?
FP. That to learn, to study what has been done and the ever-expanding possibilities of the new tools is as important as to experiment, to produce and to publish as much as possible. Neither image processing nor any other discipline are, nor could be, tight compartments, therefore, the more dilated the pupils, the better, even at the risk of ending up like Kubrick’s or Burgess’ Alex … who knows if that includes a chapter 21. 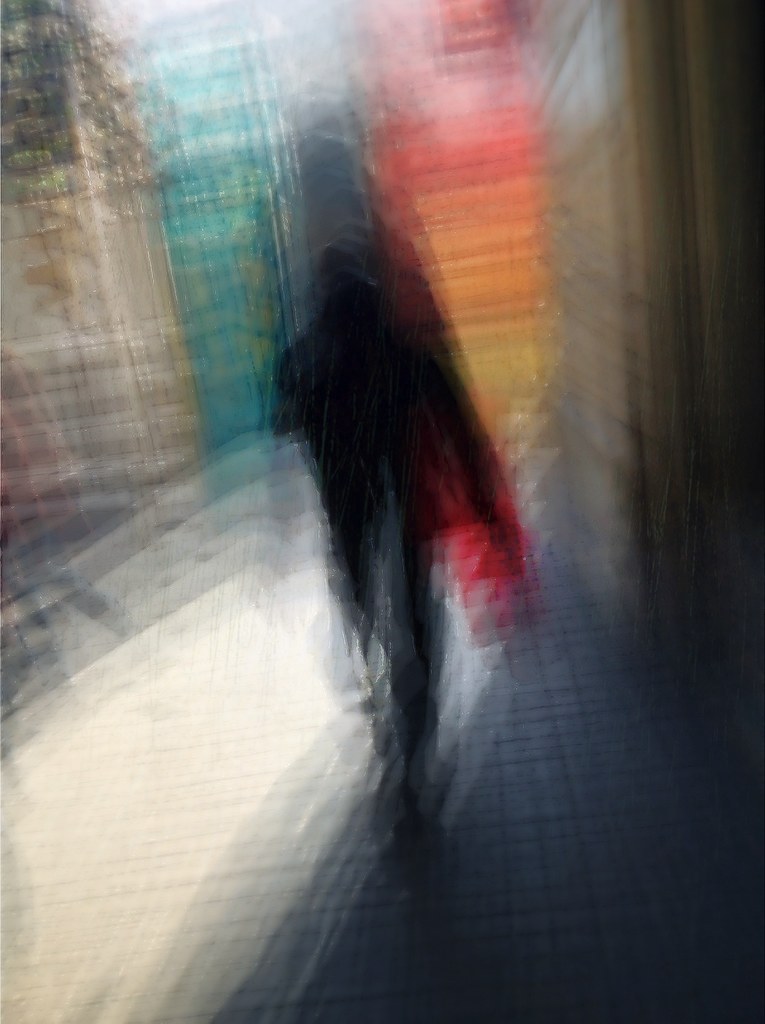 Last but not Least…

R. What’s on the horizon for Fernando Prats?
Some of my most important forthcoming adventures are: a photography book called “New York Old”, the iphoneography one “Barcelona d’esquena”, a sort of narrative video clip titled “Ballad for potential mismatchess” and an online store with a selection of paintings/pictures by Prats/Ruibal collaboration. Towards the end of this year I’m also planning to have a real life exhibition with Miguel Ruibal tentatively called “Despojados”, finish the final version of “Monda Lironda”, a book of poems, and a photo feature about London, plus I’ll be busy with composing of the music for a new EP.

1 pensamiento en “from the ground UP: entrevista a fernandoprats, revolution 360”